A Winter's Day at Winterton

Chris and I decided, almost on the spur of the moment, to slip away and spend Christmas in the Norfolk Broads. The weather was remarkably good and the highlight was actually on Christmas Day, when we visited Winterton on Sea. 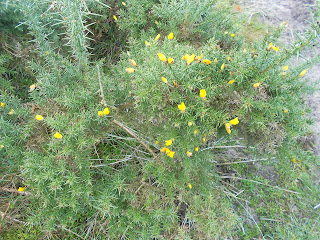 We had no idea of what to expect and were astonished to find a wonderful area of dunes and dune slacks. Most unusually the soil conditions were acid, with ling, gorse and birch being prominent. Predictably, the gorse was in flower (see blog for 8 December). 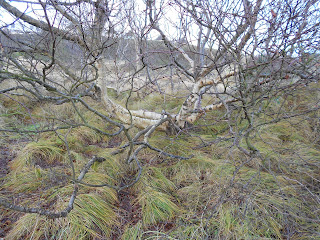 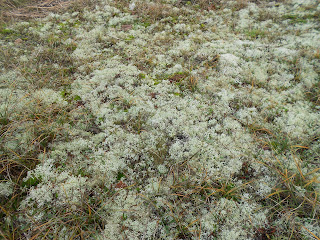 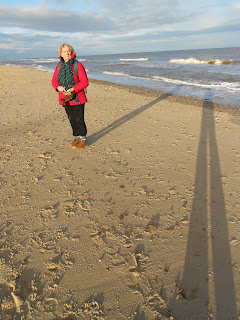 Some of the birches were really picturesque, with contorted trunks as shown in the second picture. This can possibly be explained by rabbits - of which there is a large population - nibbling away at seedlings to produce natural coppicing. Away from the trees there were large patches of Polypody (a fern mentioned in a previous blog) together with areas covered with a grey lichen. It was a species of Cladonia and could be Reindeer Moss (Cladonia rangiferina) but I am far from certain. Not surprisingly, the area is a National Nature Reserve.

The walk back along the beach was far less interesting but we were intrigued by a group of a dozen or so Common Sandpipers at the water's edge performing tiny hopping movements, perhaps to disturb small invertebrates. For this homeward walk we were blessed with bright sunlight, our bodies casting grotesquely long shadows across the sand. A Christmas Day to be remembered.
Posted by Tony White at 02:27