A cut-through exists in Byfield between the A361 and Thomas Close. Red Dead-nettle was bravely flowering there today (20th November) but I was more interested in a mine on one of the leaves. It proved to be that of a fly, Liriomyza strigata (no common name); it appears on my picture as pale lines on a couple of the leaves. This is a very widespread insect, but is not often recorded; let's be honest, not many people look for them! Leaf mines are interesting features on plants, and can be important to gardeners since the insects responsible could carry viruses from plant to plant. 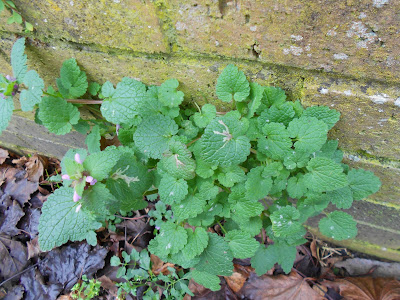 Very few creatures feed on the tough, leathery leaves of holly but one insect mine is extremely common and I cannot recall examining a holly bush without finding one. It is caused by a small fly, Phytomyza ilicis, known (rather unsurprisingly) as the Holly Leaf Miner; this photograph was taken on 19th November in my back garden. The two genera - Phytomyza and Liriomyza - are closely related. 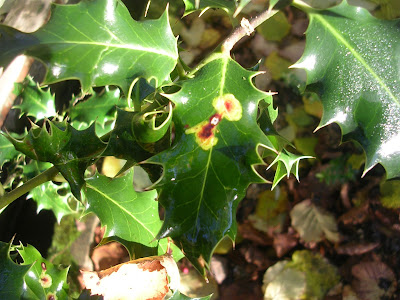