Our house is not really vulnerable to flooding by the Bell Brook UNLESS the culverts downstream become blocked, so when I peeped out through the gardens at 7.20 this morning and saw much of the garden under water I knew there was a problem. 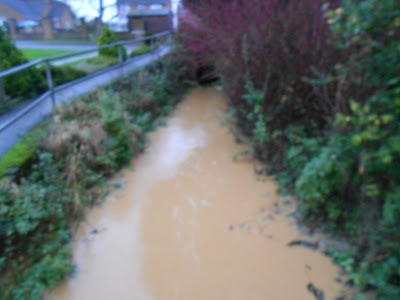 Armed with suitable tools I set off over to the village playing fields. The culvert which carries the Bell Brook under the fields is protected by iron grilles at each end and, sure enough, they were both blocked with debris. Upstream the water had backed up, and this was causing the problem in our garden. 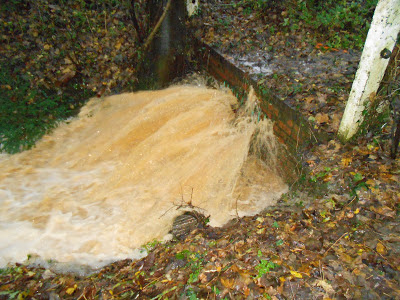 At the culvert exit the water was forcing its way through the grille but only with difficulty. I got to work clearing masses of branches and twigs and began to make some impression on the debris but was relieved when a neighbour, John Russell, joined me. After about half an hour of pretty strenuous effort we got both grilles cleared and the water steadily began to recede. This situation mustn't be allowed to develop again.