When, a few months ago, I attended a walk organised by my friend Angela Weller (see blog for 20 February), we crossed some of the land forming Gravel Farm. Some of the land looked particularly interesting from the wildlife angle and I resolved to make a return visit. The patch I had in mind was along part of the Jurassic Way, so access was not a problem. 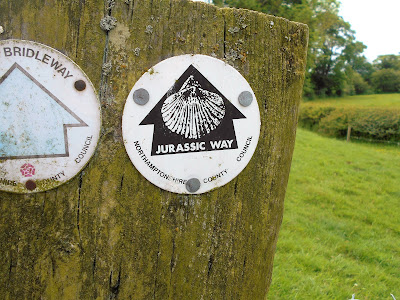 A potential problem did present itself as it appeared that a bull was in residence but, if it was, it was a shy creature for I saw nothing of it. 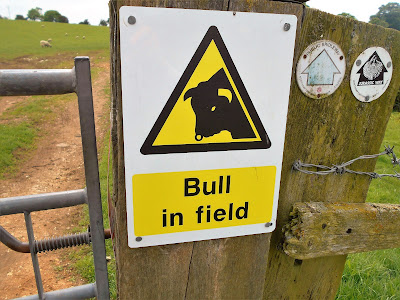 The area I had deemed worth revisiting consisted of a rather wet strip of land bordering a stream - a tributary of the Cherwell - but following a very dry spring conditions underfoot were quite good.
Fifty years ago land of this kind would probably have supported a lovely display of flowers but today, apart from lush grasses and spiky rushes the only splash of colour was provided by buttercups and a few clumps of Red Campion, Silene dioica.
I observed the campions for a while but they had no visitors. Nor did I pluck a bloom; it was once believed to be a Devil's plant which, if picked, would lead to an untimely death. The buttercups on the other hand were very popular and frequent among those dropping in were Downlooker Snipeflies, Rhagio scolopaceus.
They get their odd name from their habit of sitting on tree trunks and taking up a 'down-looker' pose.  Although all have some sort of dark wing marking there is a certain amount of variation.

There are lots of Carpet moths in Britain (not to be confused with creatures notorious for damaging carpets) and they can be a little confusing. However this one is easy is easy. It is a Silver-ground Carpet, Xanthorhoe montanata. It is common and its caterpillars feed on bedstraws. I disturbed this one from tall grass.
The Click Beetles are notorious because their larvae, known as wireworms, are responsible for considerable damage to crops, feeding on the plant roots. The adults, when disturbed, spring into the air with an audible click and fall to the ground where, being mostly of a drab brown colour, they are almost impossible to find. I spotted this very common one, Athous haemorrhoidalis, sitting on a nettle leaf (to be clear, it was the beetle sitting on the leaf; I was standing on the farm track).

At this point I was joined by a small group of sheep, clearly confused and indignant. What was I doing and why was I on their land? They observed me philosophically for a few minutes and then commenced grazing, determined to feign insouciance.

I continued, now concentrating on the hedgerow where a few Woundwort plants, not yet in flower, were hosting - surprise, surprise - some Woundwort Bugs, Eysarcoris venustissima. To us the Hedge Woundwort, Stachys sylvatica, has a foul smell but for this charming little bug it is the flower of choice, for it seems to occur on this plant only.

'Bloodsuckers' abounded. By this I refer to Soldier Beetles, Cantharidae. For us as children, perhaps because of the reddish colour, they always has this scary name and clearly the name is widespread; apparently in Scotland they are called 'souk-the bluid', although in reality they are harmless pollen feeders. Strictly speaking the name bloodsucker should apparently be applied to Rhagonycha fulva but as kids we didn't recognise these niceties. The species photographed is Cantharis rufa.
﻿
At this point I decided that lunch was calling and I retraced my steps, leaving the sheep to relax. I paused for a moment to photograph the dainty but generally overlooked Lesser Stitchwort, Stellaria graminea, and set off for home.