A fine, fat bumblebee - not

Byfield Pocket Park yesterday threw up a few surprises, most of which are of no interest except to nerdy dipterists and their ilk. One insect that was not a surprise was this specimen of Volucella bombylans. It is a common insect but for anyone new to entomology it can cause a bit of head scratching.


The first instinct could be to reach for a book or website dealing with bumblebees, but a closer look reveals a surprise. Bumblebees have four wings and yet this creature has only two.

It is in fact a hoverfly. Many hoverflies mimic bees or wasps to some extent and this species is a superb bumblebee mimic. 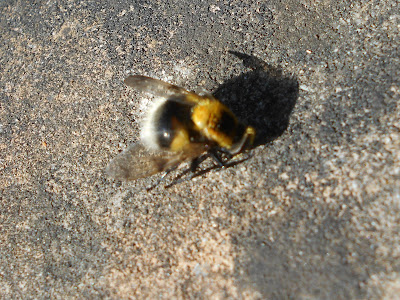 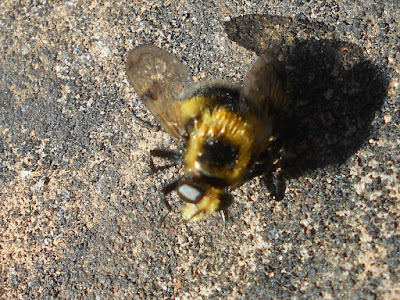 Pity they don't get it right on Gardeners World, where hoverflies are often mistaken for bees.