Garden plants in flower at this time of the year are to be expected. Plant hunters have scoured the globe seeking out suitable species and any decent garden book will suggest dozens of worthy plants.

Viburnum tinus (pictured), Mahonia species (featured in an earlier blog) and heathers such as Erica carnea come into this category are all currently in bloom hereabouts.


Then there are those plants which, though not naturally flowering in winter, have been selected by plant breeders to give colour in the darkest days of the year.


Pansies come into this category. We see them in abundance in bedding displays without giving them a thought. (Now that is an interesting Freudian slip; the word 'Pansy' is derived from the French pensee - a thought). These winter flowering pansies are in fact hybrids, Viola x wittrockiana, whose parents are probably Viola tricolor and Viola arvensis. (All pansies are, of course, large-flowered violets.) Selected forms of our native primrose, in a wide range of colours are likewise common in our gardens of course and will flower throughout the winter. The reds, purples, etc are usually the result of various crossings with Primula juliae, from the eastern Caucasus.

Then there is the 'awkward squad', plants which are in flower but probably only within the cosseted environment of an urban garden, where the extra 2-3  degrees makes just the difference.

Perhaps Periwinkle, Vinca major, fits into this category. This highly toxic plant is a member of the largely tropical family, the Apocynaceae, and is thus related to Oleander and Frangipani - all equally poisonous. I would not allow Periwinkle into my garden, not because of its toxicity, but it can be very invasive and difficult to eradicate when established. It was in flower today (3 December) in Daventry. 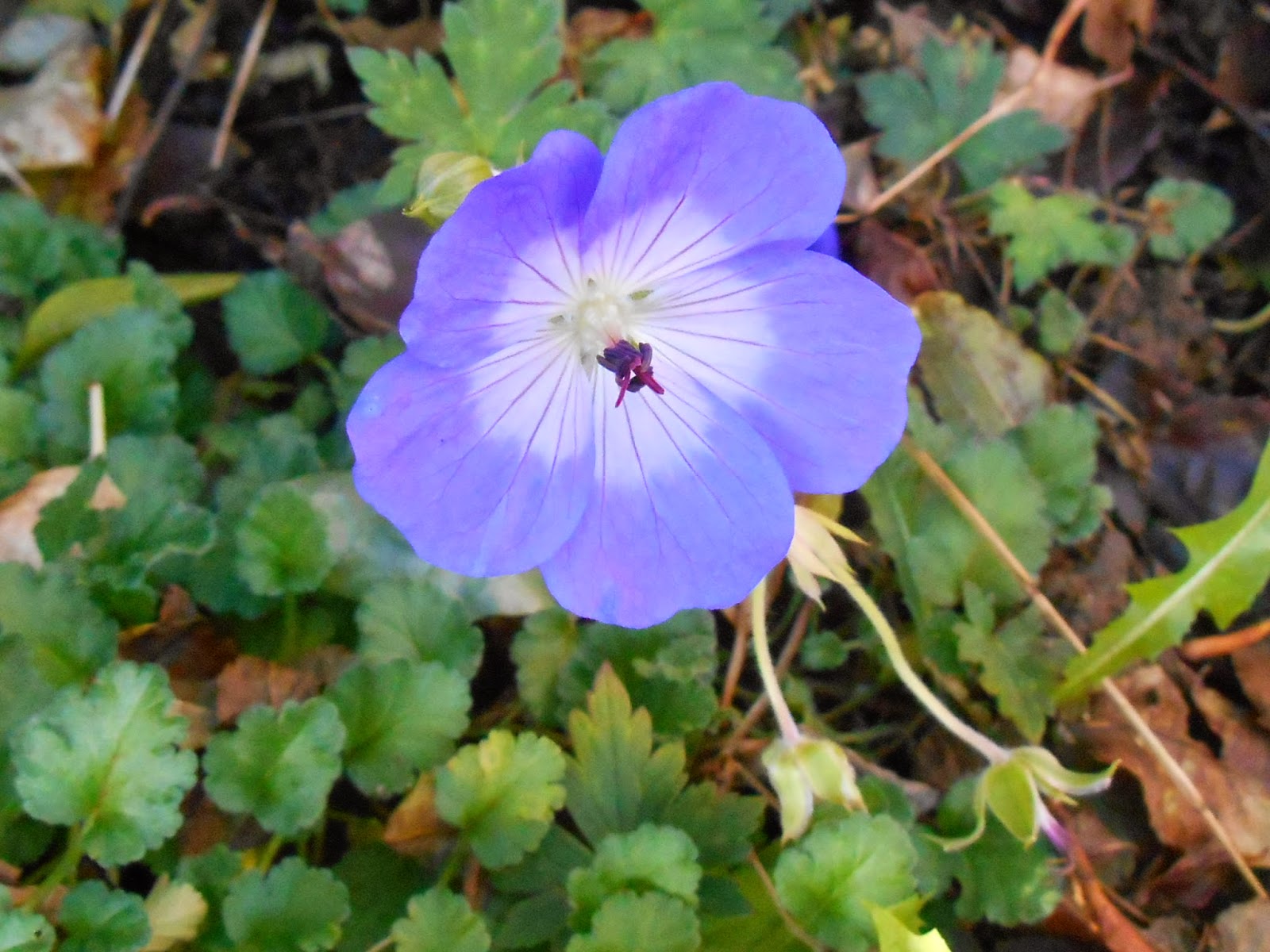 Rather oddly, just a short  distance away, was another clump - or so I thought. But even a very brief examination showed that it was a quite unrelated plant, being a Geranium, perhaps a form of Druce's Cranesbill, Geranium x oxonianum. This hybrid is, rather obviously, named after George Claridge Druce, who wrote the first Flora of Northamptonshire back in 1930. 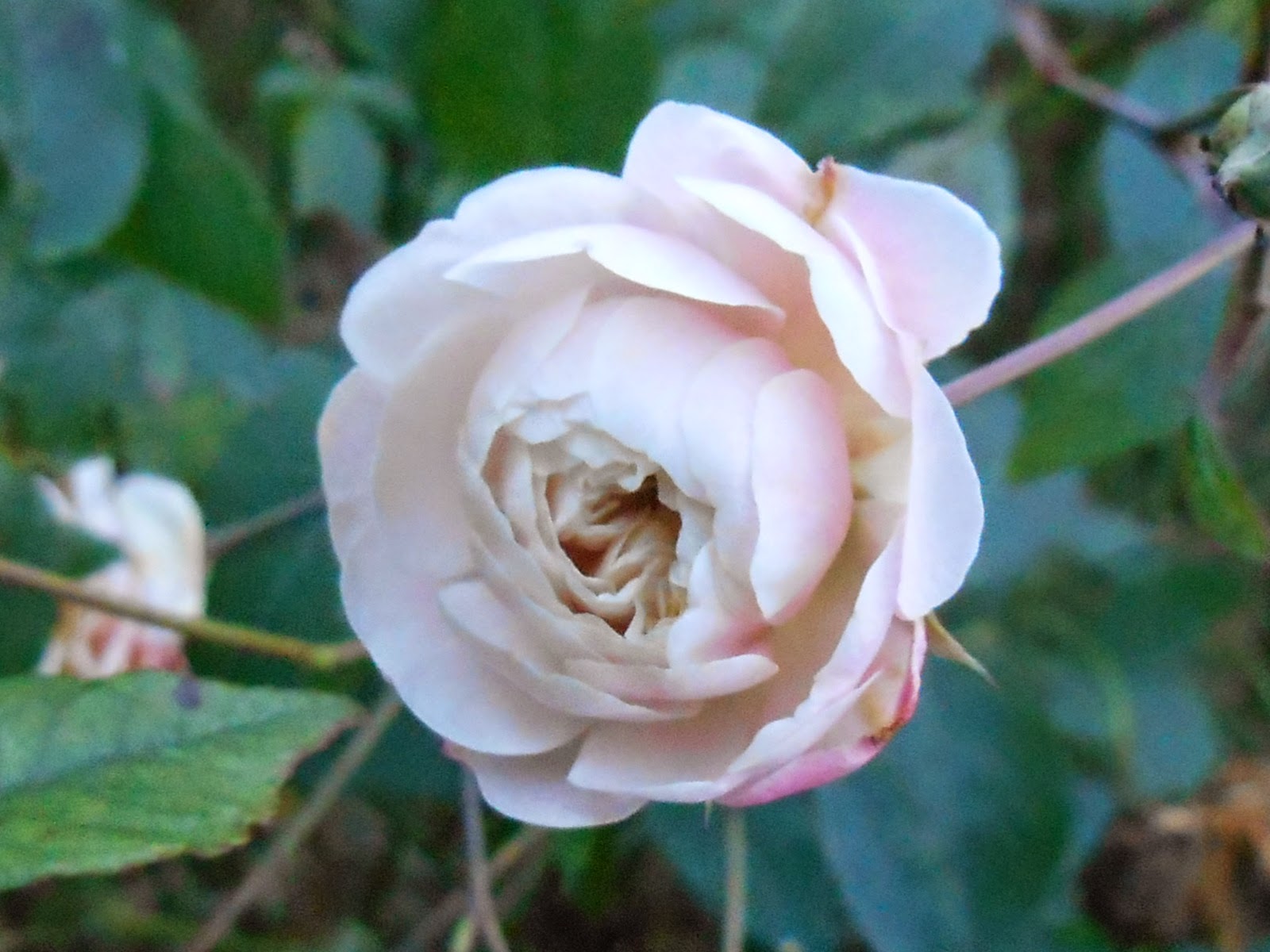 Then there are roses. This one, again photographed earlier today looks healthy enough but, at this time of the year, most of these flowers will open no further, being 'balled'. Cold, wet weather causes the outer petals to fuse, thus preventing the flower from opening any further. They remain in a ball-like shape. Having said that, this particular specimen looks in fairly good condition. We'll see.


What prompted this blog about winter flowering plants was the fact that, as I set out to walk into Daventry earlier today I could hardly fail to notice that several of our native wild plants are still in bloom.

The first species to catch my attention was Yarrow, Achillea millefolium. This should have ceased flowering some weeks ago but, those extra 2-3 degrees...

This plant, a member of the Daisy Family, is the species reputedly applied to the wounded heel of Achilles at the Battle of Troy. Whatever the plant was, it failed, as we all know, to effect a relief.

My 1923 edition of 'Potter's Cyclopaedia of Botanical Drugs and Preparations' recommends Yarrow as a tonic and as a diaphoretic. This latter word means 'promoting sweating' Presumably therefore, the protracted wait for the announcement of winners in "Strictly..." is also diaphoretic - and grossly irritating!

Predictably Dandelion, Taraxacum officinale was in flower, as was White Dead-nettle, Lamium album and Groundsel, Senecio vulgaris. Many species of Senecio have a greyish appearance, often due to the presence of grey hairs and the name is derived from the Latin senex - an old man. 'Senile' comes from the same root (now, concentrate Tony, you can do this). 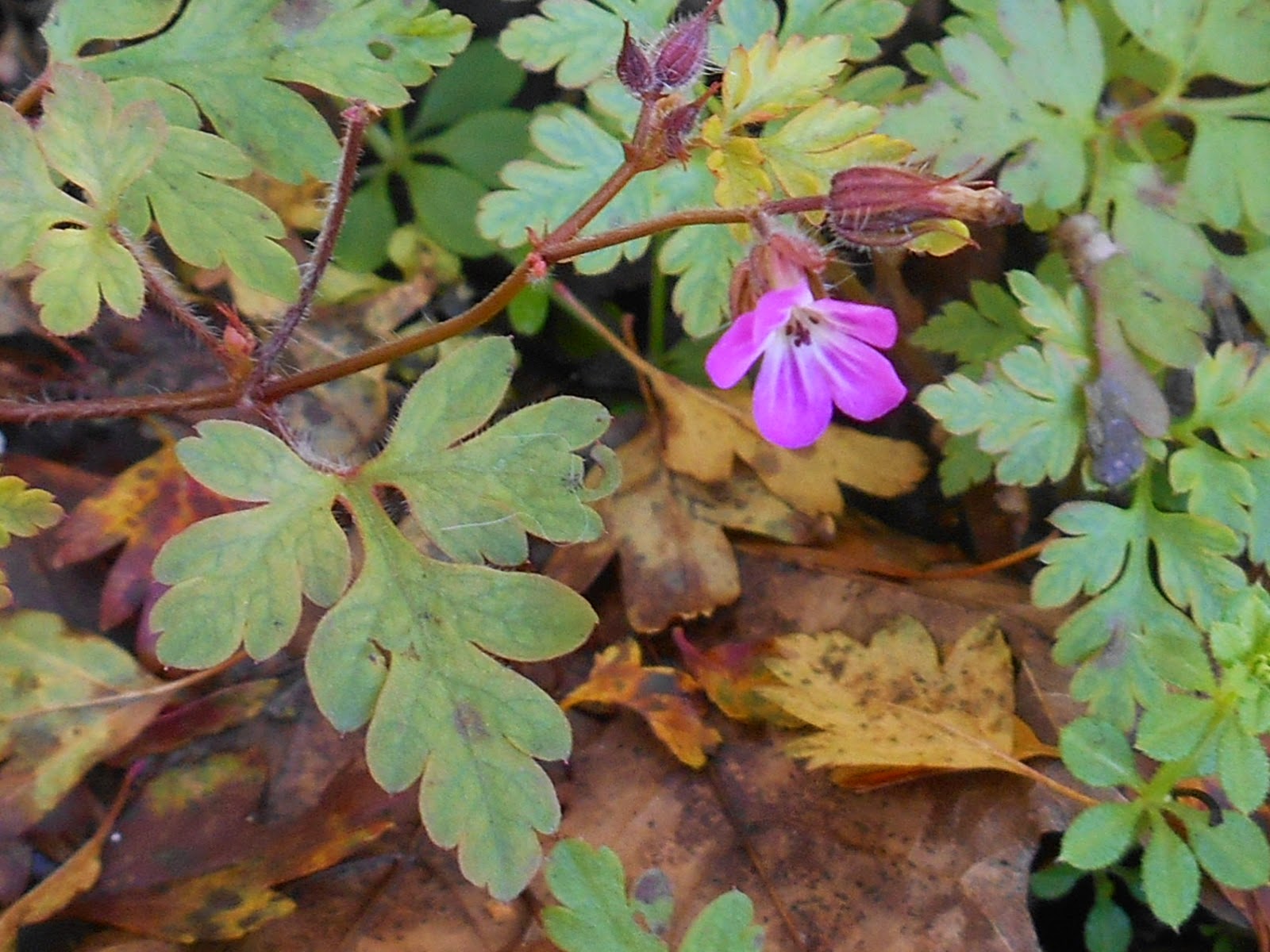 In a sheltered spot at the edge of a car park the flowers of Herb Robert produced a small but bright spot of colour. Although the smell of the leaves and stem is foul, the flower is undeniably pretty. Like Druce's Cranesbill this is another Geranium, Geranium robertianum. Various explanations have been offered for the name, often trying to trace 'Robert'. This may be a false trail to follow for it could simply come from the Latin ruber, meaning 'red'. Often the leaves, and if fact the whole plant, take on a brilliant red coloration.

I will end by mentioning Keck, Anthriscus sylvestris. More generally known as Cow Parsley it is perhaps the most profusely flowering of all our spring plants with its masses of white flowers like billows of foam along country lanes and hedgerows. Yet here it is, blooming in a public park in Daventry. Someone needs to have a word with it. I'd have spoken up but perhaps it would come better from Prince Charles. "Now look here, old chap; about your timing..."